Electrical Safety within your Childs bedroom. 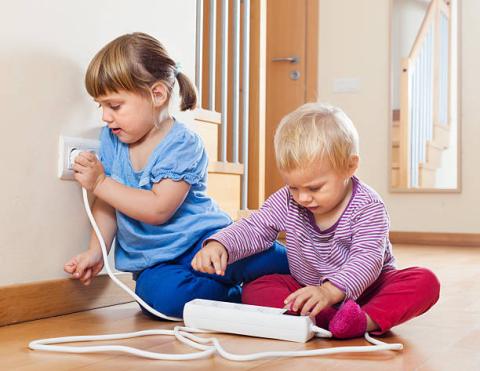 So our children may be annoying and cost us a lot at times but we still care deeply for them and their saftey.

In this blog written by perform electrical services we will outline some pointers of what to do and what not to do with electricity in your Childs bedroom.

Being a farther myself electrical saftey in a childs bedroom is a huge passion of mine.

A child's bedroom should be a safe place for them to play, sleep and study but by giving them the latest must have gadgets and all kinds of electrical devices you could be unintentionally creating a danger zone...read on for some tips on improving electrical safety in your child's bedroom.

Leave the spaghetti on their plate! We're sure we don't have to tell you children make a mess, but definitely don't let them make a mess with cables. Aside creating tangle central, cable spaghetti is also incredibly dangerous as tangled cables pose a potential fire hazard. And the same goes for trailing cables, not only can they be a trip hazard, they are also more likely to become damaged and have their live wires exposed. To remedy these two problems we suggest investing in cable tidies or trunking for your child's bedroom, they won't just make it look less messy, they'll also keep the cables out the way and reduce the danger.

...or even better get them into the habit of switching it off. Whether it's a computer, a games console, a TV, a stereo, a hair drier or even worse hair straighteners, make sure it's switched off and unplugged when not being used. Switching off and unplugging these devices off won't just save you money on your electricity bill it will also put a stop to the risk of an electrical fire.

Dont serve drinks in the bedroom!

Water and electricity don't mix and then again neither do kids and drinks! Put a stop to spillages and say no to drinks in the bedroom. Water (squash, juice, lemonade) and electricity are a lethal combination, so much so that a drinks spillage over an electrical device spells danger.

We know your child is probably itching to get back on that games console after they've had a bath or shower but as was said above, water and electricity are a lethal combination! It's a simple one but ensure they've properly dried off before they start touching games consoles, TVs, stereos and other electrical devices!

Be aware of what your child is using to charge their phone, tablet laptop or other such devices. Encourage them to use the correct charger for the correct device, there are many poor standard chargers avalible at market stalls and on the internet, many of these are a potential fire and shock hazard.

You can download this in a easy to read PDF format with pictures. Please visit our "HELPSHEET" section.

Older
Do we need emergency lights in our business premises?
Jack
1
min read
A- A+

END_OF_DOCUMENT_TOKEN_TO_BE_REPLACED

This website design, software, structure and the way it has been packaged, including it's custom code outside of Drupal open source software, is protected by copyright. This software can only be managed by My Local Trades, or customers of My Local Trades